Today marked Day 4 of the European Lean Tour.  After a fascinating tour of BMW facilities the day before, it was time to bid farewell to Munich and continue our journey to Florence, Italy, but not before a visit to Ingolstadt, the headquarters of Audi. Onboard the large and comfortable coach, Bob did his usual morning briefing on the day's tour plan and logistics notes. 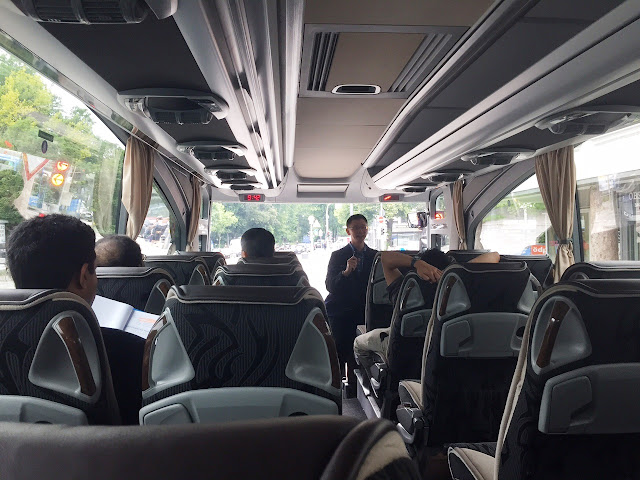 Audi has been a subsidiary of the Volkswagen group since 1966.  It was founded in 1932 and currently has 11 production facilities in 9 countries around the world. The name Audi came from its founder: "Horch" means "listen" in German or "Audi" in Latin.   The four rings represent the four companies that came together to form Audi: Wanderer, Audi, Horch, and DKW.  The Ingolstadt plant, which is situated in Bavaria Germany, has a production rate of approximately 2,300 units per day, contributing to the 1.7 million cars sold in total worldwide in 2014. 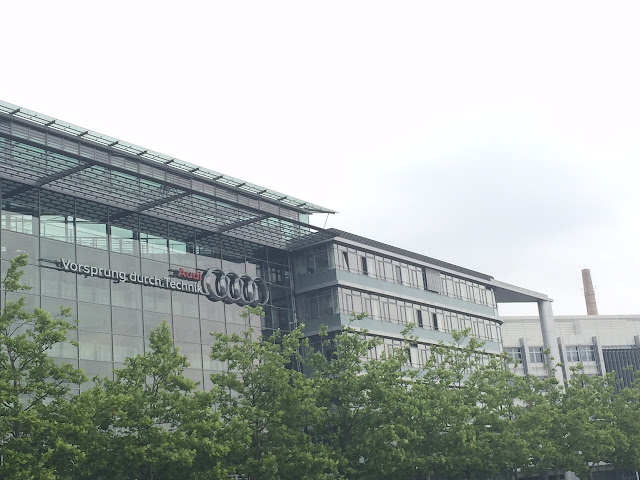 We set foot on the Audi facilities a little early and took the opportunity to admire the lucky customers scheduled to pick up their built to order Audi at their pick-up center.  The gift shop was a very well stocked store and had something for everyone, even a toddler! 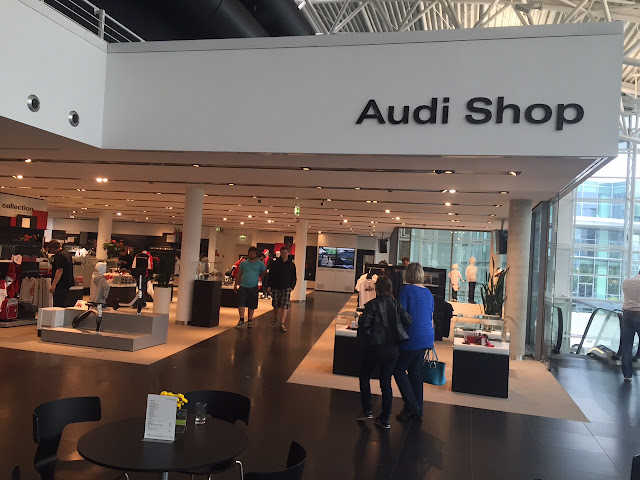 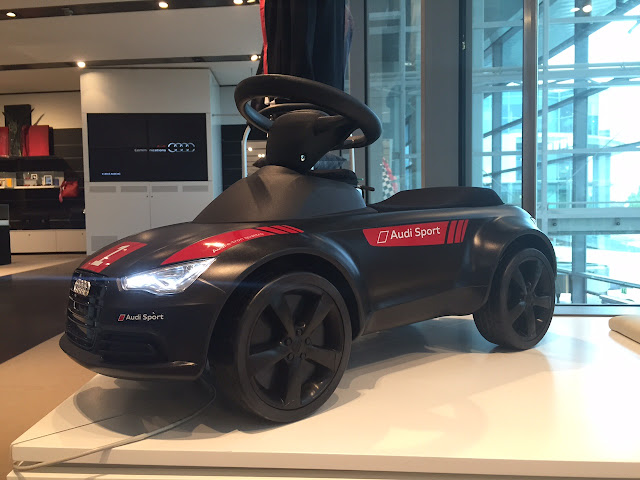 An interesting fact is that most people around the world custom order their Audi's with the exception of North Americans who would rather not have to wait for their cars and instead purchase from the dealers' inventory. Maybe we have something more to learn from Europeans other than lean practices and amazing cars!?!

The plant tour covered key areas of the production plant which is over 2.1 million sq m in area, split between the north and south.  Suppliers co-located to the west provides a convenience to utilize a just-in-time, just-in-sequence production model, a common theme we have heard throughout this tour.  Tunnels and overhead skyways enable the cars to move through the assembly workflow as they transform raw materials from cold rolled steel to a completely built factory fresh vehicle. 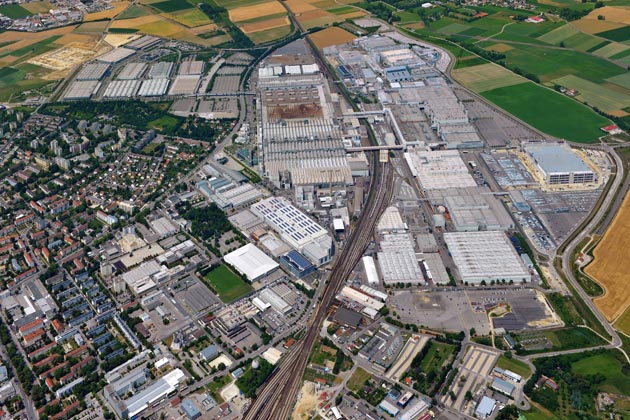 During the tour we were able to witness the press as they stamp the bodywork in the body shop, and later as robots they combine various body parts via glue and spot welds, and eventually the final assembly of the A3's.  This site also has its own tool shop where the molds for the A3,  A4, A5, and Q5 are made.  Unfortunately we were not able to go to those areas as they are making the new (top secret) 2016 models. We were also informed that the Q5 is nearing the end of its production in Ingolstadt as all Q5s will be manufactured in the new Mexico facility from 2016.

This plant had numerous examples of lean manufacturing that reminded me of the plants we toured in Japan.  Visual Andon examples found throughout the plant showcasing the output for the day, station status, as well as examples of defects posted that they have encountered.   Andon cords pulled triggering a chime of some sort (this instance the theme of Pink Panther playing) should an employee at a station need assistance.  Different sound chimes represent the area along the assembly line that has an issue.  All these in place to notify the team and management, support groups (maintenance) of quality and/or process issues.

The Audi museum at the adjacent building takes you back in time where you can see the very early cars to the DKW motorcycles, including the various groups that formed the company and the history of ownership until the Volkswagon group took ownership in 1966. 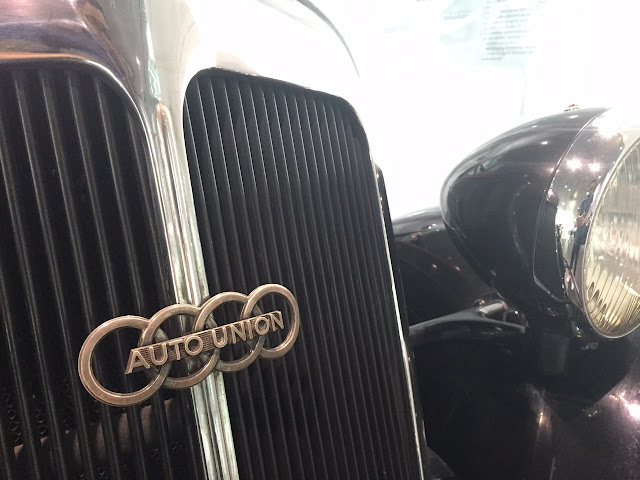 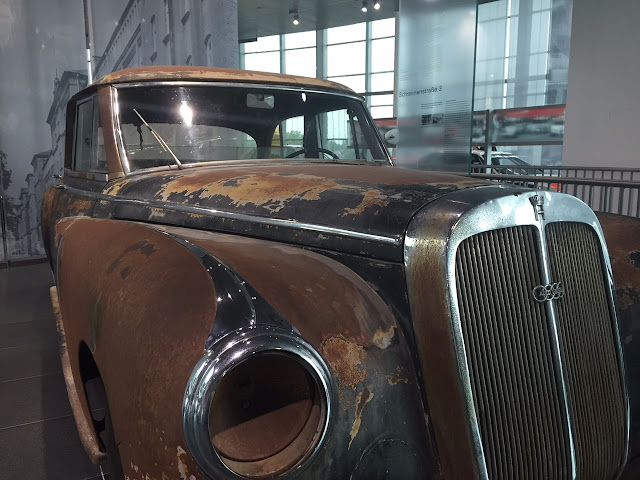 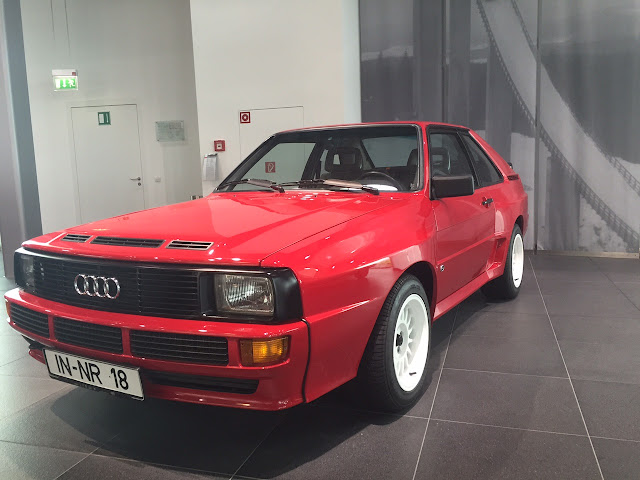 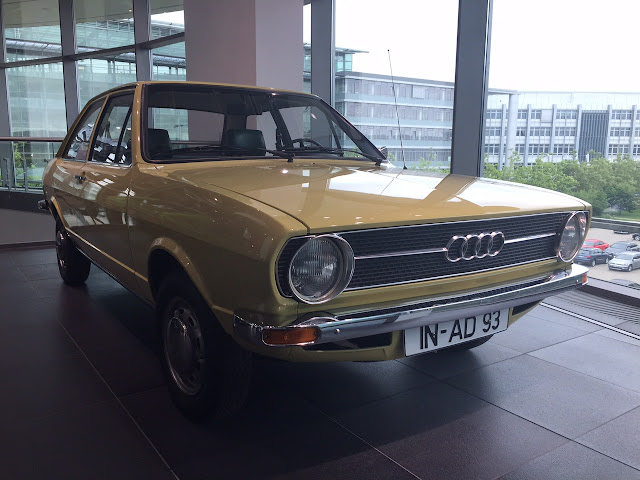 This was a great opportunity to be able to visit and see the outstanding RS3 being made as well as other models parked around the facility that are not available to the North American market.   I am extremely partial to the RS3 and RS6, two wagons I hope to see in North America one day.......well one can only dream........ 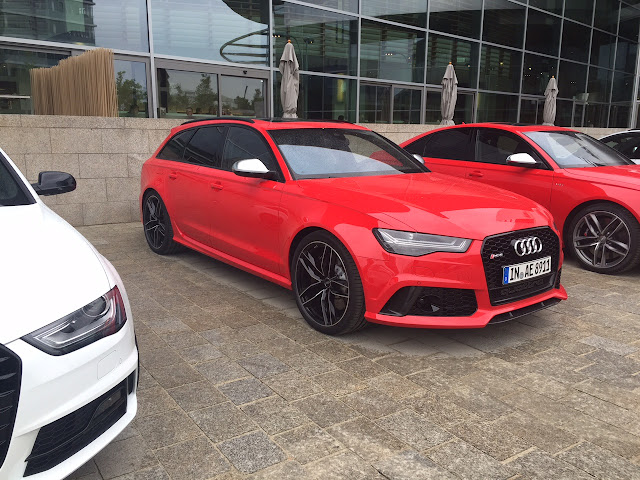 We wrapped up the day boarding the plane to Florence for the fifth and final day, ending with a delicious Italian dinner. 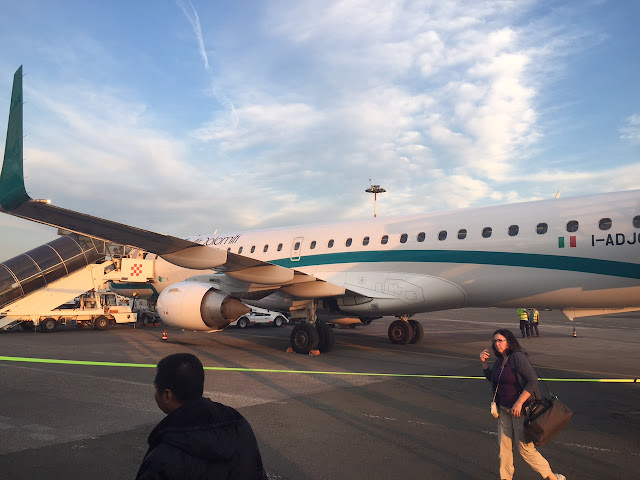 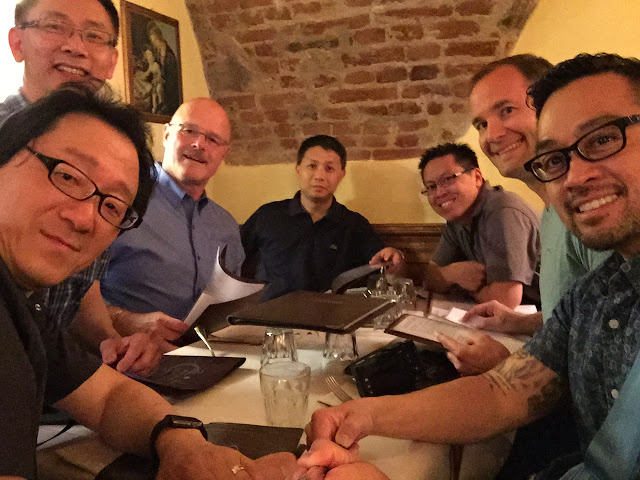