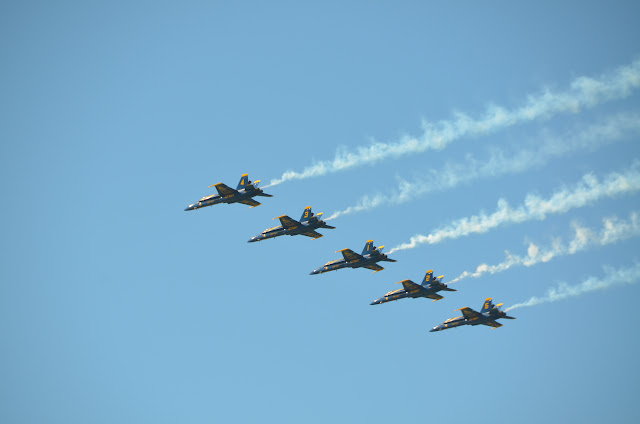 "Life has its ups and downs . . . the only people who succeed are those who choose to move forward regardless of what they are experiencing at the moment."
Posted by Lean Sensei at 3:36 AM No comments:

Wishing you the happiest and most meaningful Christmas ever!

from everyone at Lean Sensei 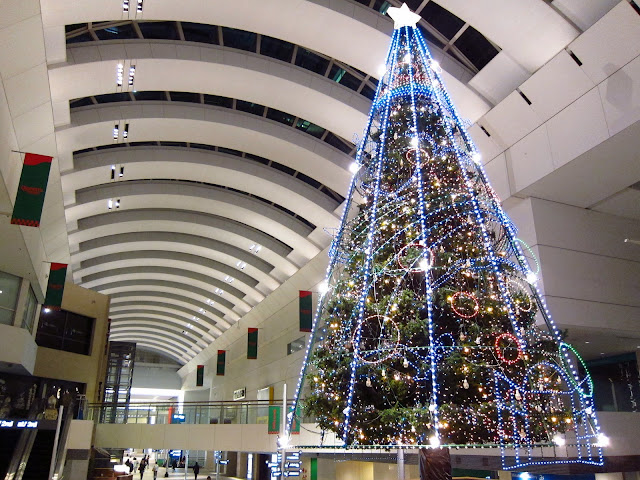 Christmas tree in Yokohama, Japan
Posted by Lean Sensei at 2:54 AM No comments:

With the new year coming up in a week and a half, it is important to reflect on how we have grown and changed within one year.

For LSI, continuous improvement is a culture we welcome, so in one year we can change and learn significantly. Learning from our past experiences and reflecting on that is necessary for us to learn from our mistakes, grow and change for the better, and be fully present to take on new challenges in the upcoming years.

On behalf of the LSI team, we wish you all a wonderful new 2012 year, filled with success, lean goals, and sharing your knowledge of lean with those around you for an even brighter and better new year.

David Chao
Posted by Lean Sensei at 1:29 AM No comments:

Is it too soon to think of Summer?

Can we lean into the future for a moment? Yes, Christmas is just around the corner while Summer on the other hand- seems like dark years away. But, we are dreamers and planners here at LSI and we would like to take some time, while we have it, to find the perfect LSI Summer Staff Retreat.

Actually, the real pressure is that a few of us here are worried that if we don't propose something soon, the coaches will drag us out for a three day fishing retreat :S 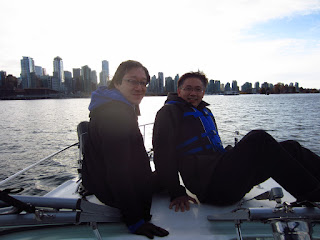 Considerations to keep in mind while choosing a destination:

2) Opportunites to let loose and monkey around

We welcome your suggestions!
Posted by Lean Sensei at 3:41 PM No comments:

Congratulations to our Greenbelt Edmonton Fall 2011 participants!
Eight participants became Greenbelt certified in Edmonton on Friday December﻿ 16th. Our LSI coach, Joey Higuchi, spent the week with them for their final module. We wish them all the best in 2012 with their new lean skills!

Posted by Lean Sensei at 2:18 PM No comments:

On special request we had an in-house service program customized to the transportation logistics company TransX.

Over the last three modules, coaches Bob Low and Andrew McFadyen made their way to the below-freezing temperatures of Winnipeg to train 15 future 'lean champions'. These fine gentlemen can finally call themselves lean graduates as of December 17th 2011.

This is just the beginning of their lean journey as they continue to strive for improvements and battle waste!

Thank you for all of your hard work! Congratulations to All!
Posted by Lean Sensei at 10:48 AM No comments:

Our coach Bob is currently in Winnipeg training a set of 15 Greenbelts in-house. This is their final module-with a focus on Value Innovation. This service-oriented Kaizen looks at points of contact between a company and its clients to see ways to improve service and add value to its customers.

Posted by Lean Sensei at 3:10 PM No comments:

Congratulations to our 16 fall 2011 Blackbelt Graduates!


It has been an honour to be able to work with a group of proactive Lean believers coming from a diverse field of lean practices. From Lean Assessment module, Supply Chain blitz, Japan Lean tour to Extreme Makeover kaizen, we see many distinct transformations within our Fall Blackbelt circle. Seeing the challenges that they have been through and their determination in strategizing countless aspects of process areas at the hosting companies, Lean Sensei is extremely proud of and thankful for their sincere commitments and accomplishments. Also, one thing for sure, the Japan trip has brought our entire lean enthusiasts even closer together.
We hope that the circle of learning, knowledge sharing and continuous improvements will allow our Blackbelts to bring forth a new chapter of lean implementation within their own organization.


Best wishes to all of you!

Fall 2011 Blackbelts with our coaches, David and Andrew

One of our Guest Speakers, Jeff Adams, a Senior Executive from Canadian Pacific Railway

Posted by Lean Sensei at 1:10 PM No comments:

Amazing level of service in Japan

Service Extends to the Fridge
During my numerous trips to Japan the participants on our Japan Lean Tour often marvel about and remark on the level of customer service the Japanese provide.  As a world traveller with extensive trips to Asia, Europe and across North American, I've had countless opportunities to compare the lengths to which organizations go to provide customer value to their clients.  My frequent visits to Japan and the fact that I grew up there have perhaps left me a bit jaded, although I still do appreciate the level of service very much.  On my most recent trip to Japan I was pleasantly surprised, and had to once again commend the Japanese on their customer service and the attention to detail. 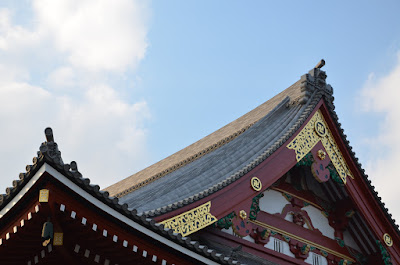 My room at a well-known Japanese hotel was closer than I wanted to the elevator.  On my third day there I requested a different room.  I was informed by the front desk that my luggage would be placed in my room later that day, all in time, before I returned in the evening.   Opening up the fridge that evening, to chill my favourite Japanese fall fruits, (figs and persimmons) imagine my surprise when I saw that the staff had even moved my small, half-full carton of milk.  I had to chuckle.  Japanese service still tops my list!
Posted by Lean Sensei at 8:57 PM No comments:

You can be sure that it was a lavish affair with incredible food, entertainment, gifts and prizes. Not surprisingly, it was a great turnout with over 75 attendees composed of former and current clients, recent Green and Blackbelt graduates and LSI coaches and support staff. With such a large crowd, TCC had to open up four rooms to create the warm and Christmas-themed atmosphere.

A stranger looking in from the outside would have thought he was intruding on a room full of close friends- such was the air of familiarity. The high energy and warmth is characteristic of lean-champions-in-arms. Many have either experienced what transformations 'lean' can have on one's outlook or are eager to embark on this journey.

6:15 Perhaps an unusual start-time for a party. But we pride ourselves on being different. To be fair, we did not start precisely on time. A certain time-keeper (whose value has been under appreciated thus far) could not attend.

6:30 A welcome 'non-speech' from our gracious host David (pictured on the right) and his associate MC- Alicia (pictured above), Master Blackbelt Candidate, who as such, meant that she was at "David's mercy for the whole week".

All three Master Blackbelt Candidates: Jeff, Janka and Alicia (pictured above) facilitated an icebreaker to get the party started. All 75 attendees had three minutes to organize themselves in groups by month of birth, "and if I count thirteen groups I will be concerned," Janka exclaimed. There may not have been thirteen groups, but there was a January group with only one member- our very own Lynn Osler! Quite unusual- I wonder if Malcolm Gladwell would have anything to say about this outlier?

A six table 'buffet' which was closer to a four-star six-course dinner (even better because you didn't have to settle for one item with each course).

For the 'gourmands': I suggest pacing yourself! starting with soup- following with cold cuts, pate, salmon terrine or seafood cocktail. Next, the entree- prime rib, turkey, steak and salmon with all of the usual delectable accompaniments. By this time everyone had to be stuffed- but as our mother always told us.... Let's have some salad to cleanse the palate: penne and blue cheese, tomato and bocconcini, seasoned zucchini and mixed greens to name a few. As the Japanese proved with tiny cameras- there's always room for dessert- so that wasn't an issue: crème caramel, traditional rum raisin, chocolate mousse, mini tarts -all complement a warm cup of coffee- just in time for the comedy show!

7:30 In true perfectionist fashion- David scoured the improv. troupe in Granville Island for an entire week. At the end of that week, a select three were entrusted to perform at our Christmas Party. This trio did not disappoint and had the crowd roaring with laughter- incorporating 'lean' jargon, company attendees and involving the audience. Some of the more notable acts involved our clients 'marionetting' the actors, improbably guessing the audience's choice words: Nun chucks Uni-cycling in Iraq and four different versions of the same scene. The setup: a normal Christmas morning with a child opening a gift only to find the batteries are missing! Then, reenacted in Mexico, as a horror/zombie flick and most appropriately -in Japan. At which point this version's mother exclaims, "no batteries? But this is Japan, we do everything efficiently here...!"

And, at the expense of our dignity we all got to see unflattering photos of LSI Support and Coaches either mounted on stickfigures with afros dancing and doing the splits or as penguins rocking out on thin ice. These videos (don't ask me how David found the time) were compiled with that neat tool-jibjabs  which has been a source of much amusement here at our headquarters.

9ish Hilda and David's generosity was evident by the long row of gift baskets meant for the draw. Conscious of the late hour and long day for our clients, we sped through the names- randomly picking them out from Santa's hat.

Our grand prize was an IPad 2- which Michael had the good fortune to win- dashing many of our hopes. He, jokingly (I hope), claimed it would make a great 'regift' at which point his boss, Jeff, said, "Thank You!"

Although there were only 30 lucky winners, no one left empty-handed.


At the exit, we were there to offer them a beautifully crafted box of Belgian chocolate and bid them, "Merry Christmas and Good Night!"

And to the rest of you reading this...Please join us next year!