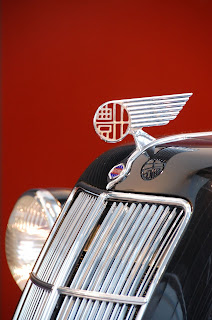 Government officials on Tuesday announced that they have found no evidence of an electronic flaw in Toyota vehicles that would cause unintended acceleration.

Incidents of "sticking" accelerator pedals and a design flaw that could result in accelerator pedals becoming trapped by floor mats continue to be the only known causes of unintended acceleration in Toyota cars, according to the Transportation Department.

"We enlisted the best and brightest engineers to study Toyota's electronics systems, and the verdict is in. There is no electronic-based cause for unintended high-speed acceleration in Toyotas," Transportation Secretary Ray LaHood said in a statement.

At issue are car crashes in 2009 and 2010 involving Toyota vehicles that some drivers said were caused when their vehicles suddenly accelerated. By March 2010, Congress ordered the Transportation Department to look into the issue. LaHood then pulled in the expertise of NASA scientists, who conducted a 10-month analysis to determine whether Toyota's electronic throttles caused the unintended acceleration.

"NASA found no evidence that a malfunction in electronics caused large unintended accelerations," Michael Kirsch, principal engineer and team lead of the study from the NASA Engineering and Safety Center (NESC), said in a statement. "NASA and NHTSA engineers stood side by side in this study to try to find the root cause of the problem. We have a strong team including some of the best electronics and software experts in NASA."

The NESC was established in 2003 after the Columbia space shuttle accident with the goal of bringing in experts from around the world to help solve complex problems.

DOT said NASA evaluated the electronic circuitry in Toyota vehicles and analyzed more than 280,000 lines of software code for any flaws that could cause acceleration. At Goddard Space Flight Center, NASA tested mechanical components of Toyota cars that might have prompted unwanted throttle opening. At a Michigan facility, meanwhile, NASA experts exposed the cars to electromagnetic radiation to see if that might cause unintended acceleration.
Posted by Lean Sensei at 12:15 AM