What a lovely day! Our Winter Service group had its first session this morning. It was a very lively group of 13 participants from all across the Lower Mainland. Our coach Andrew led the kick-off- putting these strangers into team building exercises. ﻿ 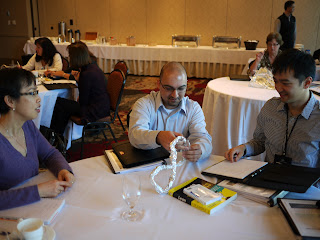 Here the teams have to come up with a Name, Logo and Chant. This team named themselves Lean Infinity.﻿ 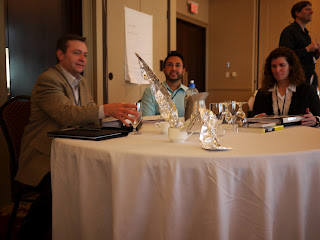 Beautiful structure out of tin foil- but your guess is as good as mine- as far as what it stood for... 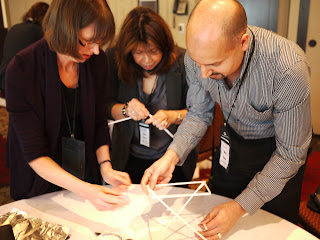 Next. The infamous egg-dropping game- where teams have to work together to build a structure around a large egg in order to protect it from being dropped. This team had a complex anti-bouncing concept. 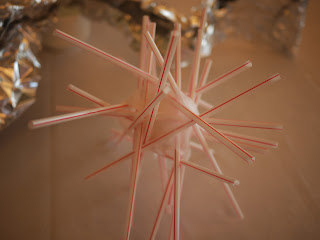 I dubbed this one, "the porcupine" 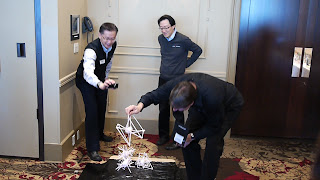 All four teams came up with some fantastic designs. It took three rounds to declare the winner! 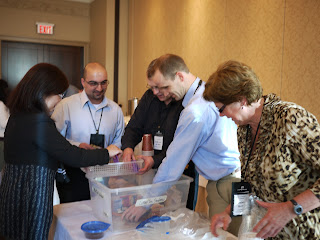 After lunch, the group was divided into two teams for the Tea & Coffee Simulation. In the first round the teams had to organize themselves into a new coffee shop. There were many mistakes in the first round- but having designated an observer and customers to provide feedback- the teams were better able to provide service in Round 2. 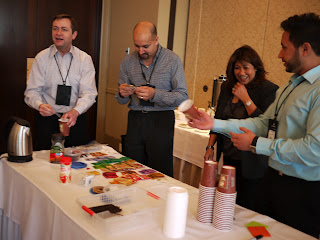 ﻿
By the end of the day, this group of strangers had now formerly bonded with eachother. They are sure to use their skills and minds to solve some real problems during this week's 5S Kaizen!
Posted by Lean Sensei at 4:12 PM