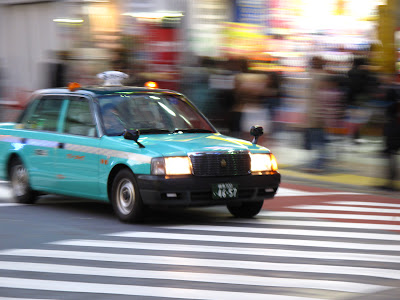 There's an unnoticed population of employees in business today. Strangely enough, they're also the majority.

The diagram below illustrates the labels that organizations often use (knowingly or unknowingly) to classify their employees.

The y-axis focuses on how a professional is measured on meeting the organizational performance criteria that fuel the business engine. The x-axis centers on how the professional fares on meeting the expectations of the human engine. In each of the four corners, we find the Stars, Sinners, Low Performers, and Saints. I'll go into more detail on the four corners of the diagram in my next post, but for now, I want to bring to your attention to those falling in the middle of the diagram — the Stalwarts.

These solid citizens make up the majority of employees in most organizations. The odds are you may find yourself among the Stalwarts at some point in your career, no matter how high-revving your internal drive is. If so, you probably will find yourself questioning your significance.

That's because, despite the number of Stalwarts in an organization, these good, solid citizens of the organization go largely unnoticed. Few leaders think about the motivation, inclusion, and explicit career management of the solid performers. One Fortune 500 leader said, "I thought that it couldn't be true that so many workers are systematically ignored through no fault of their own (except for the fact that they may not be politically astute or they don't draw attention to themselves). But the more I reflected on my own company, the more I realized that I spend all my time worrying about the high performers and assume that everything is OK with everyone else."

So what exactly is the Stalwart temperament? Perhaps the defining characteristic of Stalwarts is their aversion to calling attention to themselves — even when they need to. They are like the proverbial wheel that never squeaks — and, consequently, gets no grease. The quickest way to identify Stalwarts is to list the people who make the fewest demands on the CEO's time. Such reserve is utterly alien to most Stars, who make sure that they squeak loudly enough to get the attention they want.

The other signature trait of Stalwarts is their deep loyalty to the organization. They are responsible and care deeply about the organization's values, and they generally steer clear of risk. Stalwarts are intrinsically motivated by the service they can render for the good of the organization, and they let their own careers take a backseat to the company's well-being. They feel that they have accomplished something if the company is running like a well-oiled machine.

If you're an executive or leader who manages Stalwarts, it may be time to reexamine the way you perceive your Stalwart colleagues. Leaders often have several misconceptions about Stalwart employees, including the following:

Myth #1: Stars are smarter than Stalwarts. Stalwarts are not necessarily less intelligent than Stars. Achievement is a complicated blend of intelligence, motivation, and personality. Research confirms that insight; dozens of psychological studies have demonstrated that Stars and Stalwarts differ at least as much in temperament as intelligence.

Myth #2: Everybody is the same. Not every employee wants to give his all (or even his best) to the organization, leaving little time and energy for people and passions outside the workplace. Stalwarts place a high premium on work-life balance, and they highly value the time they spend with family and friends. In fact, many of the most productive Stalwarts are recovered Stars who, for a variety of personal reasons, have made a conscious decision to drop off the fast track.

Myth #3: Everybody wants the same thing out of work. Leaders often assume that all of their followers share their drive for power, status, and money. That's just not so. Many Stalwarts want to influence others in their jobs. Others value autonomy, creative opportunities, or the chance to develop unique expertise.

Myth #4: Everybody wants to be promoted. Not every employee wants to climb the ladder and rise to corporate prominence. The truth is that many Stalwarts seek recognition and stability rather than promotion. Stalwarts strive for advancement, but not at all costs.

Myth #5: Everybody wants to be a manager. Corporate career-planning practices typically operate on the assumption that people will feel rewarded and special if they are given even nominal management responsibilities. For that reason, we often ask Stalwarts to give up their technical competencies for managerial ones. In the process, we often turn terrific specialists into mediocre managers.

Stalwarts bring depth and stability to the companies they work for, slowly but surely improving both corporate performance and organizational resilience. They are always there as quiet yet powerful reminders to high performers obsessed with themselves or as examples to low performers terrified of failure. They will never garner the most revenue or the biggest clients, but they are also less likely to embarrass the company or flunk out. They know intuitively how to stay grounded even when their footing may be unsure. And while managers often take this amazing ability for granted, it brings real value to organizations day after day. In times of crisis, Stalwarts can be an organization's saving grace.
Posted by Lean Sensei at 11:40 PM