Tap Into Your Creativity, Trust Your Unconscious 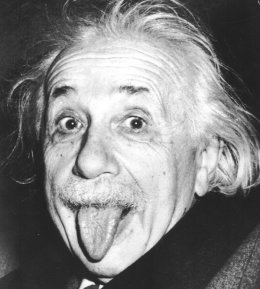 Have you ever toiled over a problem and the moment you stop forcing yourself to come up with the solution, it simply came to you? Comedian John Cleese explains how letting his unconscious mind tackle problems has helped him to unleash his creativity.

Two pillars of creative thought: playfulness and granting yourself time.

Why would those two things be importance? The playfulness is because in that moment of childlike play, you’re much more in touch with your unconscious. The second is that when you defer decisions as long as possible, it’s giving your unconscious the maximum amount of time to come up with something.


When Einstein is thinking he could not describe to anyone in words what’s going on in his mind. And if you press too hard, nothing comes of it.

This is how extraordinary the unconscious is. A researcher once got a bunch of people and showed them a bunch of Chinese ideograms. He asked them back a week later and said he was going to show them some they saw the week before and some they didn’t see.


So the unconscious has this extraordinary knowledge; the trouble is it doesn’t come up very clearly. That’s why you have to give it time. That’s why when you start on something that’s fundamentally creative, don’t bring the old critical mind in too quickly. Let the thing fall, find out when it is. And then, by all means, bring hare brain in to evaluate them, because you’ll get ideas, but not all of them will be good.
Posted by Lean Sensei at 9:26 AM