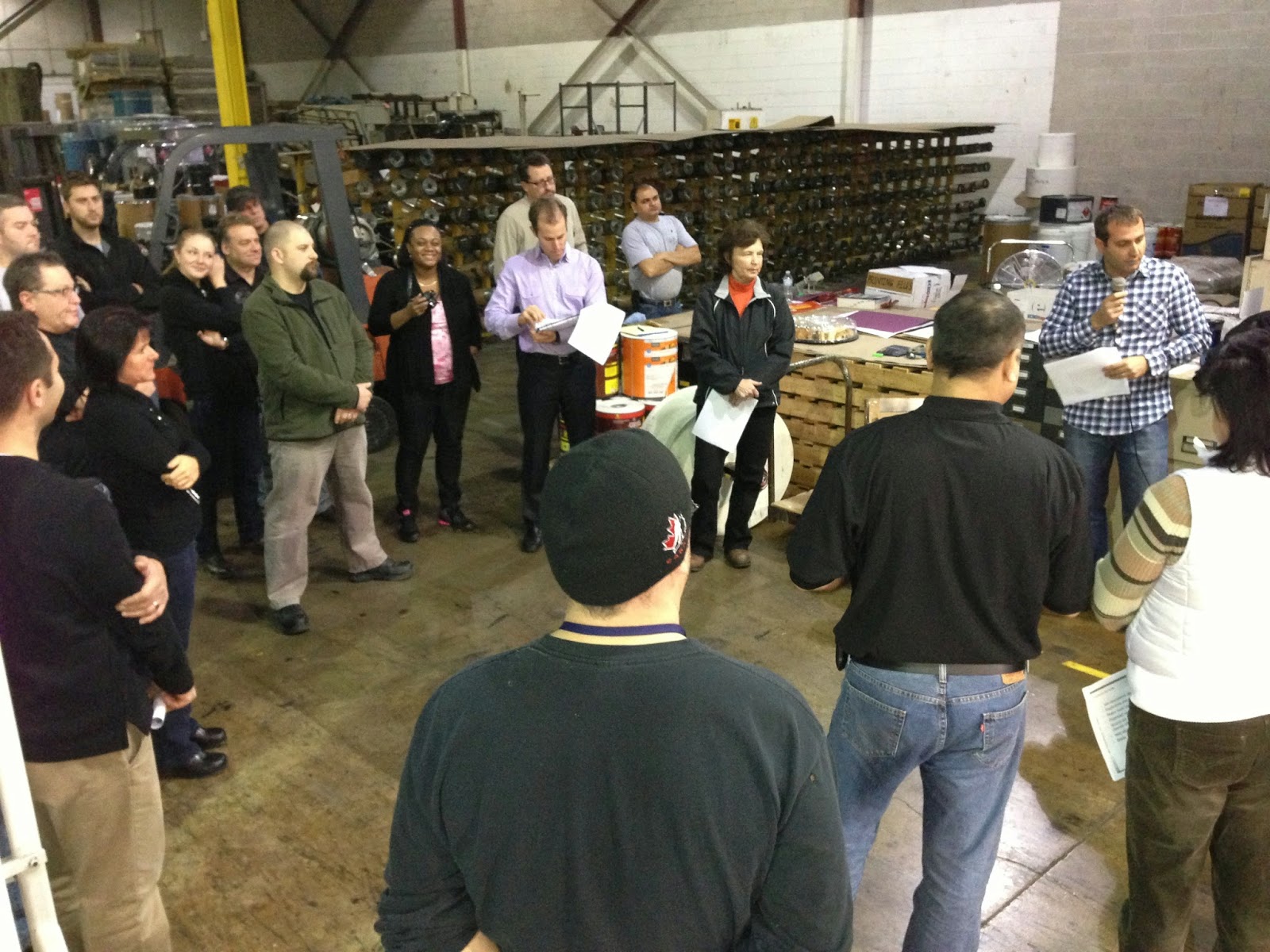 The introduction of machines and robots have revolutionized the manufacturing world. It has enabled access to many goods that some people may not have been able to afford otherwise. The amount of "stuff" we can produce has increased dramatically because of machines. But we are reaching an age of going backwards in some sense. Backwards, in that as a society we are rediscovering the value of human touch, evident in the comeback of recognizing good craftsmanship, a characteristic luxury brands use to justify large price tags.

Lean philosophy applied at Toyota through reverence of kami-sama's (God in Japanese). In the past, only the most skilled craftsmen at Toyota would be referred to as kami-sama, an expression of the value Toyota placed on craftsmanship, quality and ingenuity. How can a machines that merely repeats the same task over and over again spawn innovation?

The following article showcases, Toyota's increased emphasis on refining the skills of craftsmen and cultivating an environment that condones innovation. The article is from Bloomsberg BusinessWeek, quoting from Toyota Motorcorp's, Mitsuru Kawai and Dr. Jeff Liker, a returning keynote speaker at Lean Sensei's lean conferences. 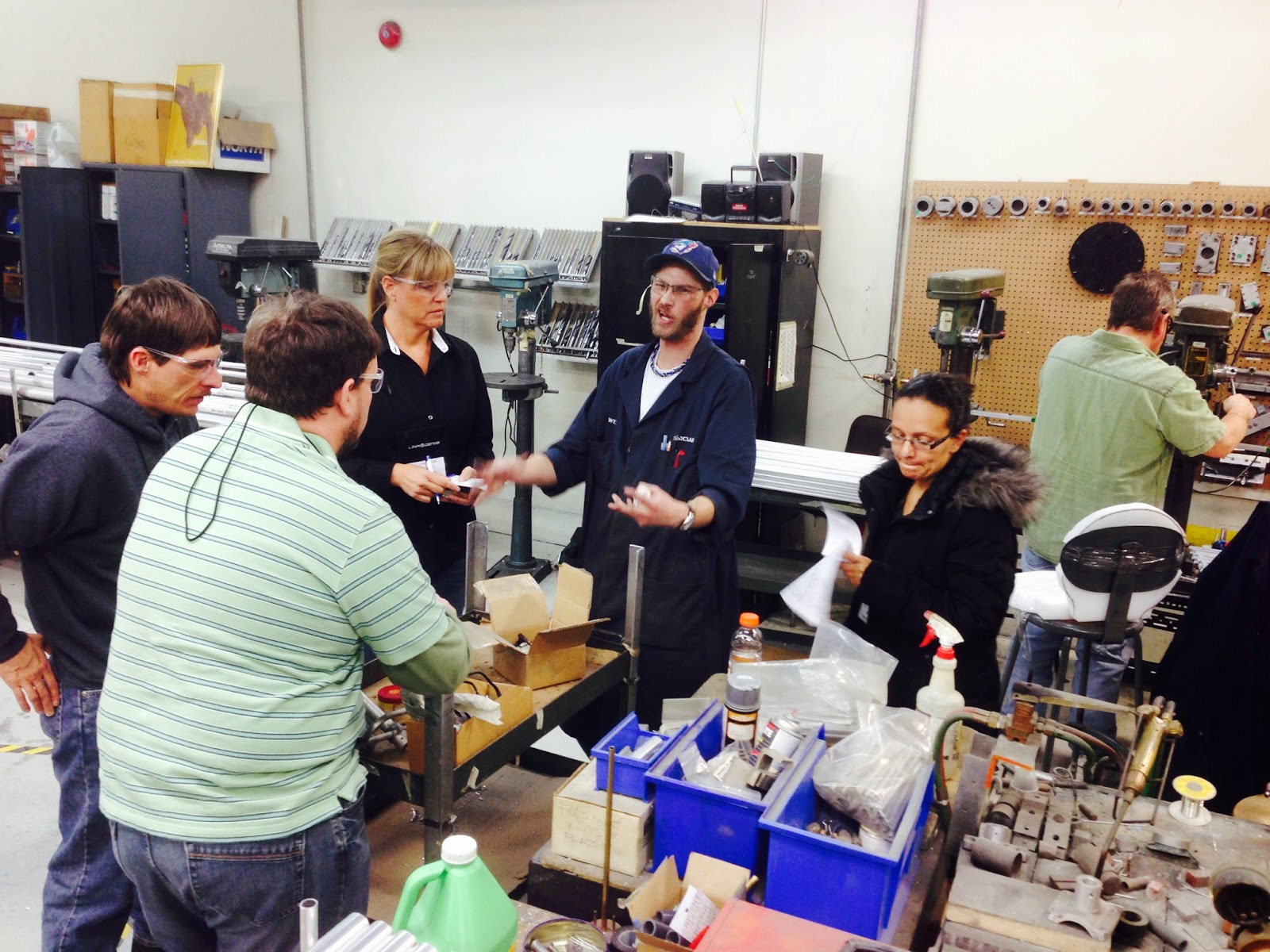 Stay tuned for more information on a smaller scale conference in November. In the meantime, we hope you are inspired by this article we are sharing with you.

Inside Toyota Motor Corp.’s oldest plant, there’s a corner where humans have taken over from robots in thwacking glowing lumps of metal into crankshafts. This is Mitsuru Kawai’s vision of the future. 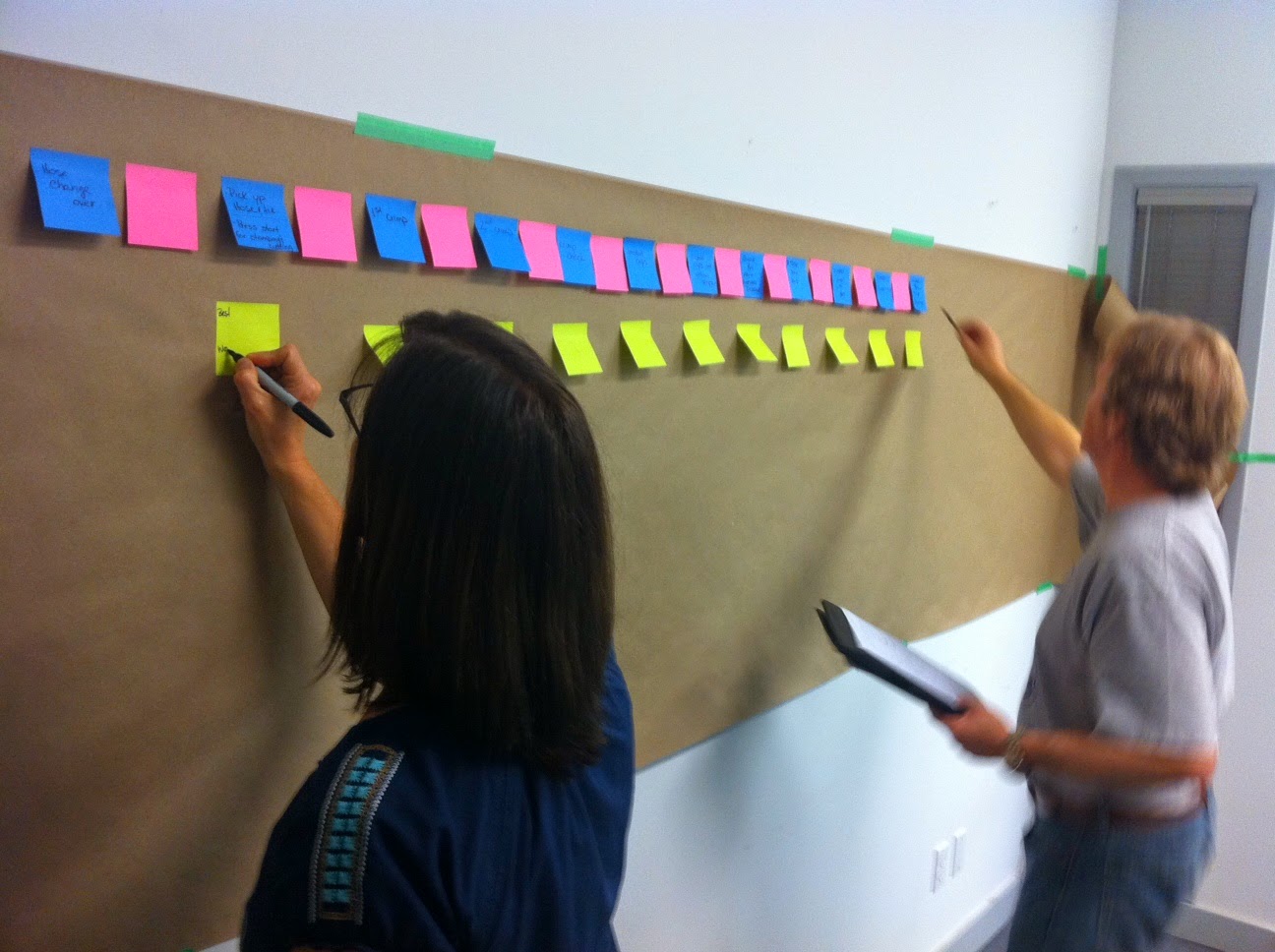 “We need to become more solid and get back to basics, to sharpen our manual skills and further develop them,” said Kawai, a half century-long company veteran tapped by President Akio Toyoda to promote craftsmanship at Toyota’s plants. “When I was a novice, experienced masters used to be called gods, and they could make anything.”

These gods, or Kami-sama in Japanese, are making a comeback at Toyota, the company that long set the pace for manufacturing prowess in the auto industry and beyond. Toyota’s next step forward is counter-intuitive in an age of automation: Humans are taking the place of machines in plants across Japan so workers can develop new skills and figure out ways to improve production lines and the car-building process.

“Toyota views their people who work in a plant like this as craftsmen who need to continue to refine their art and skill level,” said Jeff Liker, who has written eight books on Toyota and visited Kawai last year. “In almost every company you would visit, the workers’ jobs are to feed parts into a machine and call somebody for help when it breaks down.”
The return of the Kami-sama is emblematic of how Toyoda, 57, is remaking the company founded by his grandfather as the CEO has pledged to tilt priorities back toward quality and efficiency from a growth mentality. He’s reining in expansion at the world’s-largest automaker with a three-year freeze on new car plants.

GM Recalls
The importance of following through on that push has been underscored by the millions of cars General Motors Co. has recalled for faulty ignition switches linked to 13 deaths.
“What Akio Toyoda feared the company lost when it was growing so fast was the time to struggle and learn,” said Liker, who met with Toyoda in November. “He felt Toyota got big-company disease and was too busy getting product out.”

While the freeze and spread of manual work may bear fruit in the long run, it could come at the expense of near-term sales growth and allow GM to Volkswagen AG challenge Toyota by deepening their foothold in markets such as China.

Toyota slipped 0.6 percent to 5,758 yen at the close of Tokyo trading, compared with the 1.6 percent decline by the benchmark Topix Index. The stock has fallen 10 percent this year.
The effort comes as Toyota overhauls vehicle development, where the world’s largest carmaker will shift to manufacturing platforms that could cut costs by 30 percent. It also underscores Toyota’s commitment to maintain annual production of 3 million vehicles in Japan.

100 Workspaces
Learning how to make car parts from scratch gives younger workers insights they otherwise wouldn’t get from picking parts from bins and conveyor belts, or pressing buttons on machines. At about 100 manual-intensive workspaces introduced over the last three years across Toyota’s factories in Japan, these lessons can then be applied to reprogram machines to cut down on waste and improve processes, Kawai said.

In an area Kawai directly supervises at the forging division of Toyota’s Honsha plant, workers twist, turn and hammer metal into crankshafts instead of using the typically automated process. Experiences there have led to innovations in reducing levels of scrap and shortening the production line 96 percent from its length three years ago.
Toyota has eliminated about 10 percent of material-related waste from building crankshafts at Honsha. Kawai said the aim is to apply those savings to the next-generation Prius hybrid.

Machine Masters
The work extends beyond crankshafts. Kawai credits manual labor for helping workers at Honsha improve production of axle beams and cut the costs of making chassis parts.
Though Kawai doesn’t envision the day his employer will rid itself of robots -- 760 of them take part in 96 percent of the production process at its Motomachi plant in Japan -- he has introduced multiple lines dedicated to manual labor in each of Toyotaâ€™s factories in its home country, he said.
“We cannot simply depend on the machines that only repeat the same task over and over again,” Kawai said. “To be the master of the machine, you have to have the knowledge and the skills to teach the machine.”

Kawai, 65, started with Toyota during the era of Taiichi Ohno, the father of the Toyota Production System envied by the auto industry for decades with its combination of efficiency and quality. That means Kawai has been living most of his life adhering to principles of kaizen, or continuous improvement, and monozukuri, which translates to the art of making things.

Toyoda’s Test
“Fully automated machines don’t evolve on their own,” said Takahiro Fujimoto, a professor at the University of Tokyo’s Manufacturing Management Research Center. “Mechanization itself doesn’t harm, but sticking to a specific mechanization may lead to omission of kaizen and improvement.”
Toyoda turned to Kawai to replicate the atmosphere at Toyota’s Operations Management Consulting Division, established in 1970 by Ohno. Early in his career, Toyoda worked in the division, whose principles are now deployed at Toyota plants and its parts suppliers to reduce waste and educate employees.

Newcomers to the division such as Toyoda would be given three months to complete a project at, say, the loading docks of a parts supplier, which their direct boss could finish in three weeks, Liker said. The next higher up could figure out the solution in a matter of three days.
“But they wouldn’t tell him the answer,” Liker said of Toyoda’s time working within the division. “He had to struggle, and they’d give him three months. He told me that’s what he thought Toyota lost in that period of time when it was growing so fast. That was his main concern.”

Last month, the company agreed to pay a record $1.2 billion penalty to end a probe by the U.S. Justice Department, which said Toyota had covered up information and misled the public at the time. Lawmakers are now considering fines and suggesting criminal penalties for companies after GM took more than a decade to disclose defects with its cars.
In the aftermath of its crisis, Toyoda has paused from announcing any new car-assembly plants as GM and VW push for further spending on new capacity.
In the years leading up to the recalls, Kawai had also been increasingly concerned Toyota was growing too fast, he said. One way for him to help prevent such a recurrence is to help humans keep tabs on the machines.

“If there is ever a technology that’s flawless and could always make perfect products, then we will be ready and willing to install that machine,” Kawai said. “There’s no machine that is eternally stable.”
Posted by Lean Sensei at 9:44 AM