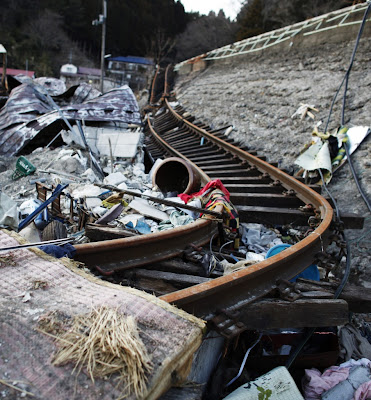 The full cultural and sociological aftershocks of the earthquake in Japan—the worst disaster to hit the country since World War II—are washing like a tsunami across many industries as manufacturers and their customers scramble to replace suppliers disrupted and even closed down by the events of March 11.

Tokyo, and indeed much of eastern Japan, is an epicenter of high-tech manufacturing. But dozens of suppliers in other industries are located in the region as well, and the loss of their production may have far-reaching effects in many economic sectors for years to come.

The disaster is causing many companies to rethink their supply chain strategies, which suddenly seem extremely fragile.

When a natural disaster hits, relief organizations such as the Red Cross and Doctors Without Borders swing into action with crisis-response plans that have been honed, refined, and improved with experience. Not so manufacturers and their complex webs of suppliers, who in many cases lack that same experience or large-scale backup plans. The result: a chaotic scramble resulting in production delays, product shortages, and higher prices.

About 22 percent of the world's 300 mm silicon wafer supply came from the Shin-Etsu Handotai's Shirakawa plant in Fukushima prefecture, and 60 percent of critical auto parts were in the same area, says professor Willy Shih, who has studied the ways that supply chains work and the performance of the factories that comprise them. The area is also a primary supplier of lithium battery chemicals, flash memory, and anisotropic conductive film used in LCD flat panel displays.

"In the race to provide better quality at lower prices, manufacturers picked very narrow, optimized supply chains," Shih says. "They put all of their eggs with one supplier that had the best product at the lowest price."

At the same time the suppliers, also under pressure to continuously cut costs and optimize production and delivery systems, focused on serving niches rather than being generalists. So a company that in the past produced a specific auto part now makse one component of that part, and then pasess it on to another supplier in a different country for additional assembly. One small piece can pass through six or eight or ten suppliers in as many countries before it lands in the hands of the final assembler.

"The sequential, multicountry production model is what dominates now, and it's a model where little bits of value get added here or there and it's hard to see country of origin. It can be a very costly process to figure it out," Shih says. "For example, if you really wanted to trace conflict minerals, you would turn off the valve at the Congo border and see who screams. It's the same structural problem as in Japan. A Wii has a chip designed by IBM, which may have been fabbed in New York, tested in Taiwan, stored in Hong Kong, aggregated in parts, and sent in kits to China for assembly."

All the suppliers in this chain are typically operating on very thin margins and tight schedules—any disruption can have severe consequences for companies several steps down the chain as well as end users. Already, some auto parts plants in the United States have had to suspend production because of shortages, and it's likely many more problems will follow, especially in the high-tech sector. Lithium battery production, for one, is likely to slow, resulting in the delay of lots of consumer electronics.
A consequence of the rise of the modern, highly dispersed supply chain is that many manufacturers — let alone consumers — have little idea where the things they buy come from. Most consumers likely don't care, until they try to buy an iPod and discover that there are none to be had because of a shortage of lithium-ion battery components.

"This kind of disaster cuts a wide swath across the auto industry, but there's probably some similar geographic area that, if hit, would affect a different industry. It only takes a very small piece of the world to influence an industry in a major way."

The open question is how quickly manufacturers can recover from the shortages and delays. It may take several months for all the economic and supply-chain effects of the disaster to be felt fully, and the product shortages could extend well beyond that. Still, Shih says from what he's seen so far, suppliers and manufacturers have done fairly well.

"It's the luck of the draw when it comes to natural disasters. We have very highly concentrated pockets of expertise in small areas around the world. It's how we've designed modern production systems," Shih says. "We've seen moderately good behavior from this quake so far."


Who pays the price?

As Japan recovers from this disaster and other countries prepare for future ones, manufacturers and all the various companies that make up their supply chains need to rethink their strategies, Shih says. But the answers, such as using redundant suppliers in various parts of the world, can be expensive. Would customers be willing to absorb some increase in cost if it meant that there would be fewer shortages or production delays?

"Will consumers pay more for a more robust solution to this problem? I don't know. It's an important question, though," Shih says. "Should I distribute my suppliers around the world to avoid things like this? We don't know. But the shortages are starting to emerge, and over the next couple of months we'll see a broader impact from this."

A number of companies are already making investments in redundancy. Canon is considering a move to diversify its production base by expanding its under-construction Hita factory in Kyushu in southern Japan, and increasing production lines at its two factories in China's Guangdong province. Manufacturers in mainland China, Taiwan, South Korea, and Thailand are reporting increases in orders as companies look for alternate sources, according to analysts.

"There are a lot of moving parts in this, and it will be interesting to see how it works out," says Shih. "Companies need to understand the depth of their supply chains and critical dependencies. Then they can think through how 'narrow' is the optimum solution, and the cost/benefit tradeoffs of steps like incorporating more supplier or geographic diversity."
Posted by Lean Sensei at 10:15 PM