Just 30 minutes before the earthquake, our members were busy taking group photos at the Denso showroom. These would become the last photos we took before the disaster struck our beloved Japan. 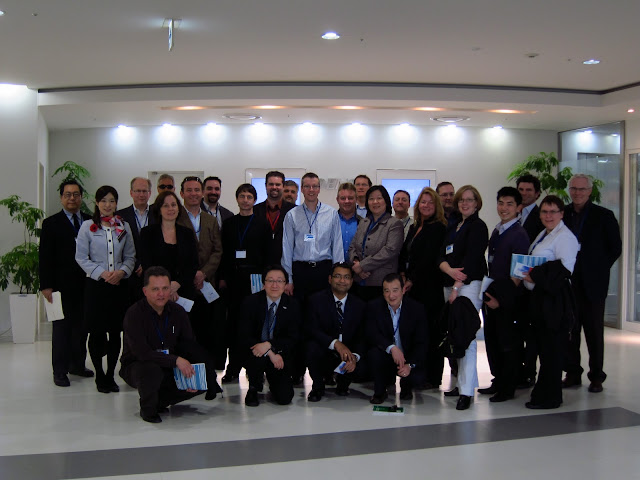 What was so astonishing is that when the earthquake hit, even though we were several hundred kms away, we all felt a strong swaying and shaking. Amazingly, the Denso manager who was taking us around said that he was committed to finishing the tour and continued on with the rest of the factory tour. At this point, none of us were aware of the terrible tragedy that began to unfold in northern Japan.  As we headed back to downtown Nagoya, we were still unaware of the severity of the natural disaster, because we were "cut off" from the media and our cells were not working properly. At the time, we were not even aware that our communication with the rest of the world were disrupted due to the quake.

It was not until we arrived back in Nagoya and turned on our TV that we realized the extend of the damage and the tragedy.

This is when our group truly felt blessed and thankful that we were safe and unaffected by the entire crisis.
Posted by Lean Sensei at 4:58 PM